Home » Magazine » When Greeks were swimming around in the Pannonian sea 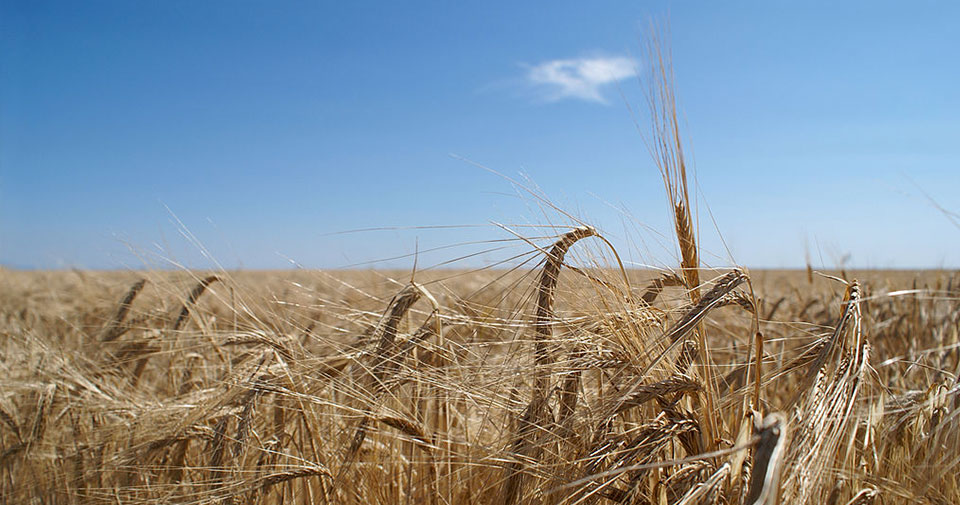 When Greeks were swimming around in the Pannonian sea

The connection between Serbia and Greece goes back hundreds of years and up to millennia, all the way back to the days of Jason and his fearless seafarers who sailed Danube all the way up to Belgrade.

Still, this story leads us to the period after WWII when over the course of three years there was a unique Greek republic within a mellow little village in Vojvodina.

Greek polis in the middle of Vojvodina

At the start of 1940ćs, Bulkes or Buljkes located around 30km away from Novi Sad near Backi Petrovac was one of the bigger villages in Vojvodina, mostly inhabited by Germans from Podunavlje. They came to this area during the great migration to the region of otherwise uninhabited Backa during the 18th century.

The quiet life in this region was harshly interrupted by WWII and after the war had ended, the residents started moving out. Their empty homes were then inhabited, by a decree from high commander Josip Broz Tito, by several hundred refugees from Greece. They were people who'd fled the unrest in their homeland and found refuge in Yugoslavia.

Still like almost anything in history, this story also isn't black and white. Namely the settlement itself had a political note to it seeing how the refugees were members of the people's liberation army in Greece known under the acronym ELAS. ELAS was the most numerous left-oriented organization during WWII which stood opposed to the Axis powers and the marionette regiment in Greece. Right before the end of the war in 1944, intending to gain political power in liberated Greece, ELAS began confronting other resistance organizations that had different political views than them as well as outside help. This fight for power would eventually become a bloody civil war in Greece that lasted from 1946 to 1949. During one of the peaceful periods ELAS was completely disarmed and due to disagreement with this decision several thousands of their most radical members had left the country.

One of the countries they found refuge in was the friendly Yugoslavia. The Greek were settled in Kumanovo at first in 1945, but from there they were transported to the abandoned Buljkes. 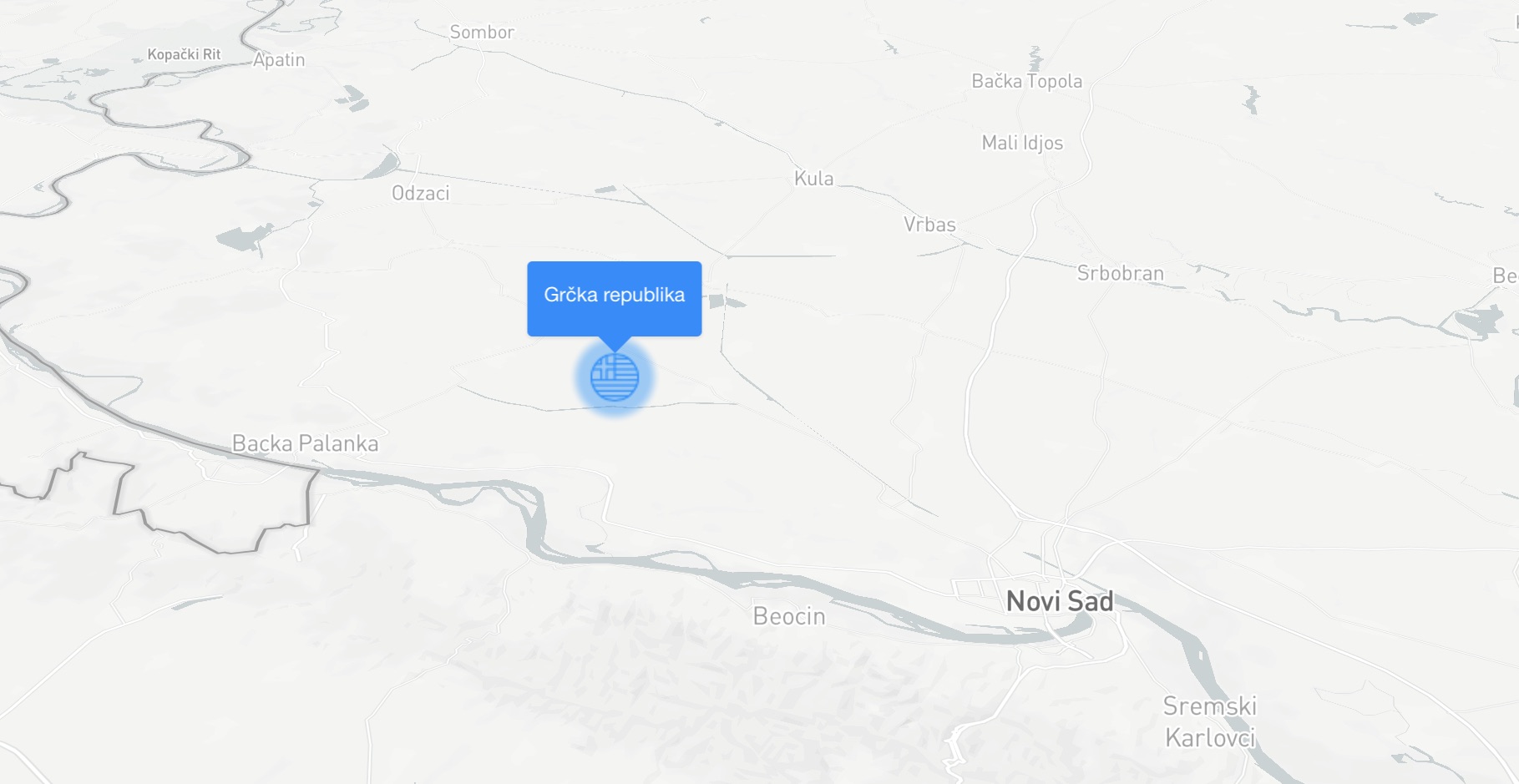 The original purpose of the bulges camp was obscured in secrecy

This entire movement from the start was obscured in a veil of secrecy. From the few documents left behind which were gathered by Milan Ristovic and published in his book "Experiment Bulkes" we find out that the original transport during June 1945 included 2072 people, mostly prominent members of ELAS with their families.

The number of residents is also unknown and moved between 3000 and 6000 souls, divided into groups of 100 people. The entire community was founded on strict Communist principles. Everyone who were able-bodied were obligated to work in everyday tasks and towards the benefit of the community. This meant that after the successful harvest in 1946, the Yugoslavian government could withdraw food aid and completely hand over the town management to the Greeks.

The village itself was managed by a board which was at first led by the activist Mihalis Paktasidis. In addition to daily work, they also organized various cultural and social activities. During that time Buljkas got its own library and book store, propaganda materials, books and textbooks for children. Thanks to the fact that the refugees included a number of highly educated citizens, they were also able to start a junior school where they taught lessons in Greek.

The goal was to prove that the Communist way of life is sustainable in the long run.

The twilight of Communist paradise

Still the idea of a "Communist paradise" soon began to collapse in on itself. From the very beginning there were divisions and conflicts among the settlers both in a political and ethnical sense. There were especially disagreements between the Greeks and a small number of Macedonians. Conflicts also arose between old and new settlements who accused the board that the new arrivals are assigned to the most demanding agricultural jobs. Not used to their new life conditions and climate, the settlers weren't able to achieve self-sufficiency for their community and still had to rely on help from the Yugoslavian government for food and fuel.

What was also concealed was the supposed military role of the camp. Namely, among the refugees there were also a number of Greek military personnel who allegedly trained the refugee in guerilla warfare in order to join the ongoing unrest in Greece. This role of the camp was at the same time firmly supported and denied by both the Greeks in Buljkes, the ELAS representatives in their homeland, the Yugoslavian government and the UN whose reports expressed a strong doubt towards the village's peaceful intentions. This is why Yugoslavian government forbade any contact between the residents of Buljakes and the surrounding villages as well as transporting guerilla fighters and refugees to participate in the fight.

Still the end of this social experiments came about due to political unrest between the communist forces after the decision of Yugoslavia leaving the Cominform. What ensued were conflicts and mutual accusations of cooperating with their political opponents and betrayal between the Yugoslavian and Greek government, the Greeks in Greece and in Buljkes and the Buljkes residents themselves. Key role in these events was played by Aleksandar Rankovic who already in 1948 notified Tito about the critical situation and warned that the village had sunk into anarchy and fell under the rule of 'thieves and enemies of the country'.

The final decision was brought a year or so later in July 1949, when the disbanding of the camp was enforced due to reports of various misuse, drastic misconduct, severe life conditions and near dictatorship of the ruling board. What was also a key factor were the damages that Yugoslavia suffered due to financial misuse of provided aid.

In August 1949, the first group of Greeks left the country and went to Czechoslovakia, after which only a few hundred people were left in the village and their fate remains unknown.

Maglic, the place that has it all

Over the course of previous 70 years, the former Greek republic in the heart of Vojvodina suffered extreme changes. The name of the village was changed by the end of 1949 to Maglic, as decided by its new residents who mostly came from war-ravaged Bosnia and Herzegovina, Lika and south-east Banat.

Though today there is no remaining trace of the former Greek commune, the spirit of self-organization and self-help remains strong. This is why the residents of this ethnically colorful settlement will proudly state that "Maglic is the place that has it all'.