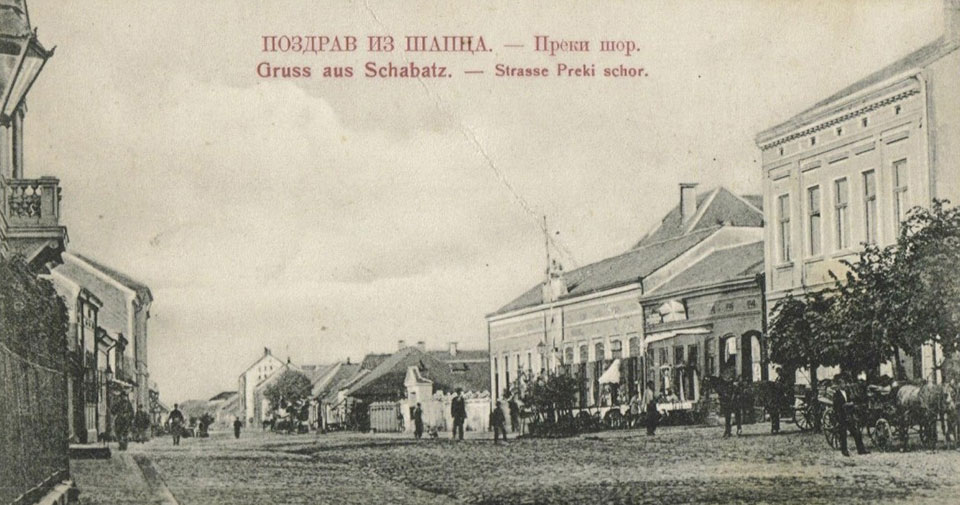 At the time of the first reign of the indisputable ruler of Serbia, knez Milos, the capital city status was passed back and forth between Belgrade and Kragujevac. As the center of power would shift, so did the centuries-worth layers of Ottoman tradition begin to crumble.

During those crucial times, the title of capital could rightfully belong only to a small town located on the border. One that grew, under leadership of the brilliant lord Jevrem, from a Turkish province to a true town in less than 15 years. It was also the entry point for Europe into the dukedom. And Sabac was the first in many other things in Serbia.

When in 1816 he was made the duke of Sabac county, Jevrem Obrenovic was already known as one of the most prominent rebels and closest associates of Milos Obrenovic. The only two things preventing him from gaining the full trust of his people were his young age (he was only 26) and the fact that he was born in what was then considered distant, foreign lands. He resolved the second of those problems by marrying Tomanija, the daughter of Anta Bogicevic who was a grand duke and commander of Jadar dukedom. The first problem he dealt with by introducing determined changes into this sleepy town over the next several years.

For as much as knez Milos was a skilled diplomat and politician, Jevrem Obrenovic was a masterful what we would call "manager" in modern times. He saw an opportunity and jumped in at the right time to lead a town located in an ideal position between the two kingdoms. This was where the famous trade in pigs and dried plums began, on which the entire economy of free Serbia was built.

One of the first big "projects" that Jevrem took on in Sabac, was a residence he built for the needs of his growing family. Over the course of their long and fruitful marriage, Tomanija and Jevrem had nine children, of which only six lived through their childhood.

Building the residence was completed in 1824, following a project of the main architect of knez Milos, Hadzi Nikola Zivkovic who was in charge of various buildings in Belgrade and Kragujevac. Even though it was recorded that the outside was constructed in the Balkan style, the residence was arranged in European style. Instead of three-legged stools and sofas, they introduced a high table and real chairs, where Jevrem had coffee every morning while his scribe read German newspaper to him. Even though he was the only officially literate Obrenovic at the time, he wasn't that good with languages. When he'd go on a tour of his territory in the morning, he did so in a horse carriage - the first of its kind in that part of the country and maybe even wider.

The residence was also unique for its glass windows, which at the time had been a luxury even in bigger towns. Not to mention actual bed mattresses that were much comfortable to sleep on than straw beds. This was also where lord Jevrem had his rich library. Unlike his older brother, Jevrem was a family man and in the evenings, he would sit by the fireplace and read works by Schiller, La Fontaine and Cooper. The residence was also the birthplace of his only son Milos, who later became the father of the first Serbian king after Kosovo, Milan Obrenovic. When baby Milos was born, the Sabac church sounded its bells for the first time after centuries of prohibition under the Turkish rule.

The love that Jevrem had for all his children is also evident in the fact that for the sake of their education, he invited governesses and teachers from around the world, and in order to fulfill the wish of his favorite daughter Anka, he also invited a music teacher called Joseph Schlesinger to live at his family residence. Under Schlesinger's watchful guidance, Anka learned to play the first piano in Serbia.

In addition to teachers and other visitors, Jevrem's residence was known as a meeting place for reputable and educated Serbs and guests from abroad, who all rushed to visit Sabac and see its wonders in the comfort of a true castle with an abundance of literature, art, politics and maybe a few conspiracies. 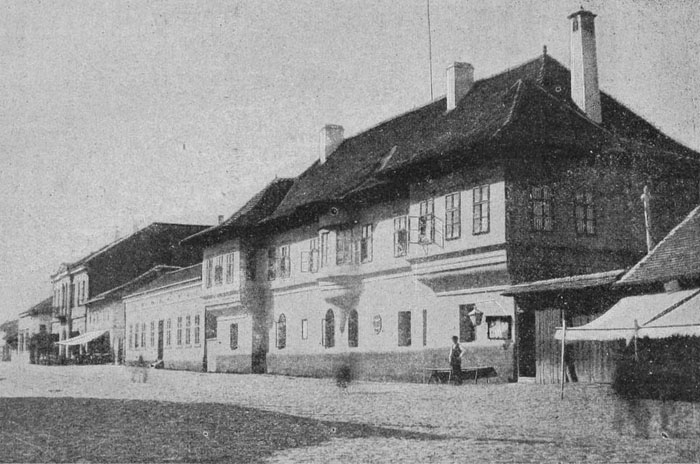 Jevrem's European influence didn't end with his home. Immediately upon moving to town, he began subduing banditry which was widespread and giving a lot of trouble to traders. Since he dealt with outlaws with determined and cruel measures, he began to construct and build roads which improved trade around the country.

In 1826, the streets of Sabac got a new look. Instead of zig-zagging side-streets, new streets were cleared and formed in corners and pretty soon the first high-rise buildings belonging to reputable citizens began to replace the single-story abodes. That same year the first junior school was founded next to the church whose construction was financed by Jevrem himself. At the same time, Jevrem was paying one teacher out of his own pocket while the other was employed by the town of Sabac.

Sabac was also among the first towns in Serbia to get a pharmacy and a hospital with two rooms, one of which housed patients and the other doctors. Jevrem also financed the education of the first doctor in Serbia - doctor Stejic - who came from Vienna to Sabac in 1829. Half a century later, the first woman doctor in Serbia started her education from Sabac - doctor Draga Ljocic.

Over the following years, the multi-story garrison was also constructed, able to accommodate up to 60 soldiers. As a great fan of horse and equine sports, lord Jevrem organized the first horce races in Serbia.

In only 15 years, Sabac grew from a gloomy Ottoman ruled province to a town which maintained famous for its booming culture, science and economy for decades to follow. This is why that period is known as the 'golden age' of the town's development.

The author Felix Kanitz wrote:
"Sabac is a wealthy town on the border of two empires which could be called a miniature Paris. It is also known as 'the gate to Europe', a town which walked in step with Belgrade and in many regards went ahead of it..."

Jevrem Obrenovic's stay in Sabac ended in 1831, when he moved to Belgrad per Milos' orders to lead the city. His work on the Euroization of the city will continue for decades to come, so Sabac got its first high school in 1837, its first theatre plays in 1840, a library in 1847 and a newspaper in 1883.

Today, the main street bears the name Jevrem Obrenovic in his memory, but his famous residence survives only in a few old pictures. Sadly the building was torn down in 1906 and a Council building constructed in its place.