Home » Magazine » How Prince Milos’ sharp wit allowed him to build the first church in the dukedom of Serbia. 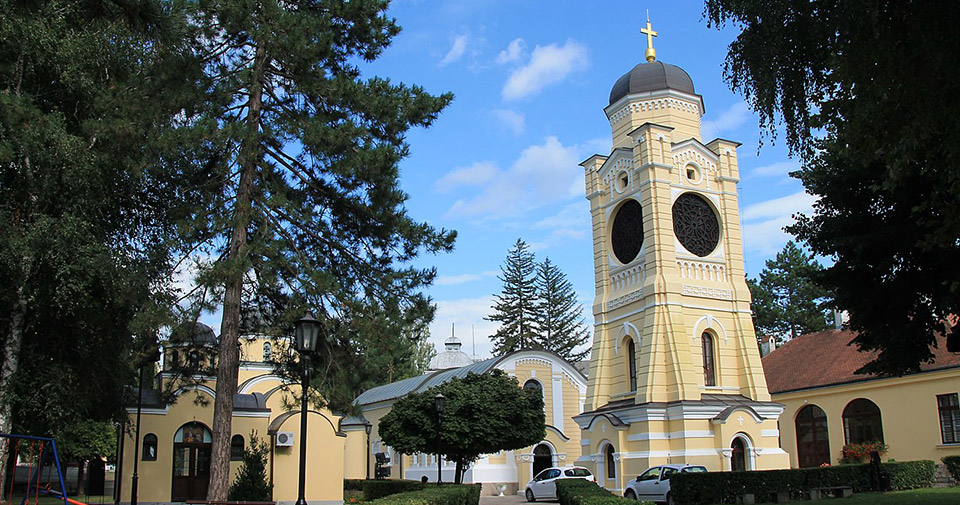 How Prince Milos’ sharp wit allowed him to build the first church in the dukedom of Serbia.

The 'old' or 'Pridvorna' church is a foundation built by prince Milos. It was constructed next to his residence in Kragujevac back in 1818.

This construction holds undisputable historical and spiritual value and is also interesting because of an unusual legend that two centuries later speaks of Milos Obrenovic's cunningness and how minor gestures could win over liberty in those times.

How the prince outwitted the pasha

During the Ottoman rule, the Orthodox Christian temples were being closed down, destroyed and neglected and some even converted into storage areas and mosques. In villages here and there, a modest wooden church would pop up, but there were no bigger construction efforts. By the time when the Second Serbian Uprising broke out, the church bell hadn't been sounded in centuries.

Everything changed when Milos Obrenovic came to power. Through negotiations and wiles he took the first steps towards the independence of Serbia. One of the points he insisted on was to construct and renew churches, so that aspect of our culture and tradition could be free from foreign influences. That's how on the day of Djurdjevdan holiday in 1818, the great national assembly was held in Vracevsnica monastery in which Kragujevac, an important town in the heart of Sumadija at the time located on the Constantinople road, was chosen to be the capital city of the kingdom. Soon construction started on the royal complex for prince Milos which included - in addition to the residence - a garrison, a prison, a pharmacy and later school and theatre.

But something was still missing. A church. Known for his persistence, prince Milos wasn't giving up on his plan to build a temple, despite the ban imposed by Turkey. He sent a plea to the pasha, asking to be allowed to construct a church in the former graveyard. Pasha wasn't immune to the prince's flattery or generous gift, but he was also unwilling to give the rebelling Serbs any leeway. He agreed to give permission, but only under one condition - if the church wasn't larger than the surface of a cow's skin.

What the pasha wasn't expecting was for the prince to happily take him up on that offer. Milos had a plan which he'd concocted inspired by a story he'd heard when he was a child. The story was about an ancestor of his who gained immense riches by outwitting an Agha. Upon returning to Kragujevac, the prince sent word that he wanted the largest bull that can be found to be brought to him. Then, he commanded his most skilled craftsmen to cut up its skin to the thinnest possible stripes so that the leather stripe is uninterrupted. The builders then stuck some stakes in the ground and stretched the thin ribbons between them, creating the area for the holy building to be constructed.

When the Turkish pasha found out that instead of a tiny church they were constructing a big and beautiful building, he was furious and ordered it to be torn down. But cunning Milos told him that they were only following the pasha's own decision. Outwitted, all the pasha could do was admit defeat and allow the construction to finish.

Pridvorna church was constructed from the personal funds of prince Milos who also financed arranging the surrounding area. It was a relatively humble-sized building without a bell tower and bell because the Turks had placed a ban on bells when it was constructed. It was dedicated to the Descent of the Holy Spirit to the apostles and during prince Milos' reign it served as the court chapel and central Kragujevac church. This makes this church the first mithropolitan, congregation and court church constructed in modern Serbia.

Seeing how Kragujevac was the capital of Serbia, the church was where they held large religious, secular and political assemblies. It was also where they read all the proclamations through which the Serbian state slowly inched its way to independence.

The year 1835 is especially important when the first Serbian Constitution was read in front of the church in Kragujevac, today known as the 'Sretenje Constitution'. Though it was invalidated quickly after, this constitution was the first true foundation of. the modern Serbian state.

It was also in the courtyard of this church that they held national assemblies, and where the first assembly building was constructed in 1859. This was the building where almost all major political and state decisions were brought, including the declaration of war on Turkey in 1876, and the terms of the Congress in Berlin bringing independence to Serbia. Namely, even though the capital was moved to Belgrade in the meantime, Kragujevac retained the role of an important political center.

Over the following decades, the church was renovated and expanded several times. The first bell rang from the church in 1829 but the church wasn't painted in fresco until two centuries later, when it was being prepared for its 200 years of existence. Today, this valuable building is protected by the state as a monument of culture.