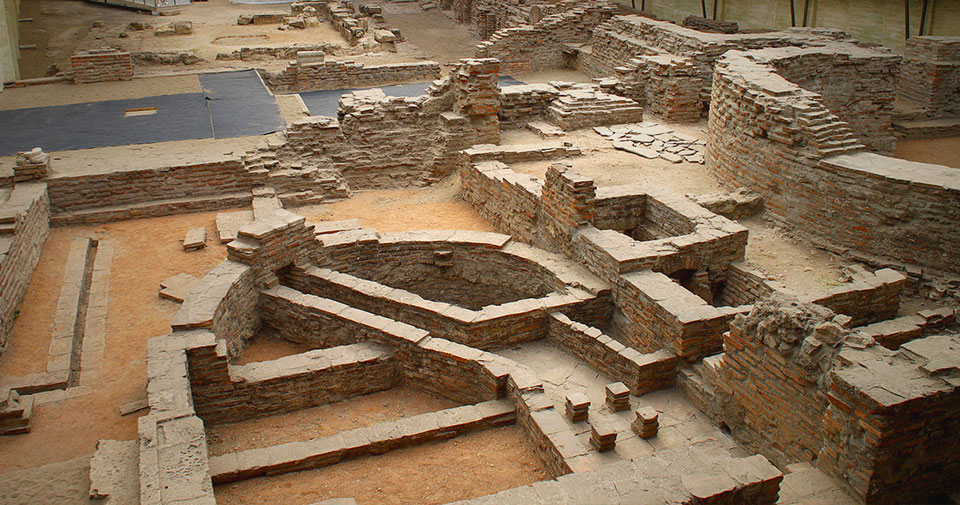 At the very border between Srem and Macva, where the mighty Sava river curves through the landscapes, a city was born over two millennia ago that would go on to become one of the four capitals of the Roman empire.

There still remained undiscovered and unexplored ruins underneath Sremska Mitrovica that once used to be the ancient Sirmium, mother of all cities.

The ancient capital of the Roman empire

The history of Sremska Mitrovica doesn't begin with the Romans, but rather with the Illyrian tribe Amantini which is estimated to have founded their settlement in 4th century AD at the confluence of Bosut and Sava rivers. Its picturesque name describes the area they found when they came, translating to 'swamp' and 'river lands'.

The Romans arrived at the coast of Sava river in the 1st century AD as part of the military conquests of Emperor Augustus against the Illyrians and the Celts. They achieve full subjugation over the local populace in the final decades of AD when under Tiberius' rule this small border town came under Roman rule.

The area around Fruska gora mountain, the fertile Pannonian flatlands, the broad and salable Sava river all influenced Sirminium's growth into a bustling center of trade. Because of its position on the river it also became an important military center of Rome from where the military leaders went on conquests against the pagan tribes that raided the northern border of the empire as well as the rebels within the state itself. Another proof of the significance and effectiveness of these units is also the fact that Sirminium was one of the few cities from where soldiers for the elite Praetorian guard were recruited to serve as the Roman emperors' bodyguards.

The political significance of Sirminium is best seen through its development that went from being one of the many colonies to becoming one of four capitals of the Roman empire. During the Flavia dynasty, it obtained the status of a colony and was named Colonia Flavia Sirmium in the following centuries it became the seat of the provinces Pannonia, Lower Pannonia, Pannonia Secunda and the seat of Illyrica prefecture as well as the temporary residence of up to ten Roman emperors. The most significant development occurred in the 3rd and 4th century when due to internal political and economic conflicts Diocletian split up the empire into four parts. One of the main cities of the new Tetrarchies was Sirmium.

Still, even this wasn't enough to prevent the downfall of the Empire. Under relentless assaults of Avar tribes, Rome also faces a new enemy who instead of the sword fought against the ruling system with faith and love - Christianity. Sirminium also played an important role here, when the first Episcope of the city, Irenaeus, was executed on Diana's bridge on Sava in 304, along with many of his followers. This bloody event didn't stop the further spread of Christianity which became an officially recognized religion during the rule of emperor Constantine. Under his protection, Sirmium became an important religious center. What is interesting is that Constantine himself resided in Sirmium multiple times during his rule, and it was also here that his son, Constantius II was born.

The final centuries of the Roman empire were marked by Sirmium passing from the hands of the Romans to the conquerors who came in through the People's gate. In year 380, Sirmium falls under Western Goth rule only for Atilla the Hun to ride in after a period of brief Roman and Byzantine rule in 441. The declining empire did its best to restore Sirmium's glory several times, especially during the rule of Justinian II who merged the city to Byzantium. The final fall under Avarian rule came in 582, when after three years of siege the Avarian kagan Bajan conquered Sirmium.

This ends the six centuries during which Sirmium came from a swampland village to be one of the largest cities of then known world. 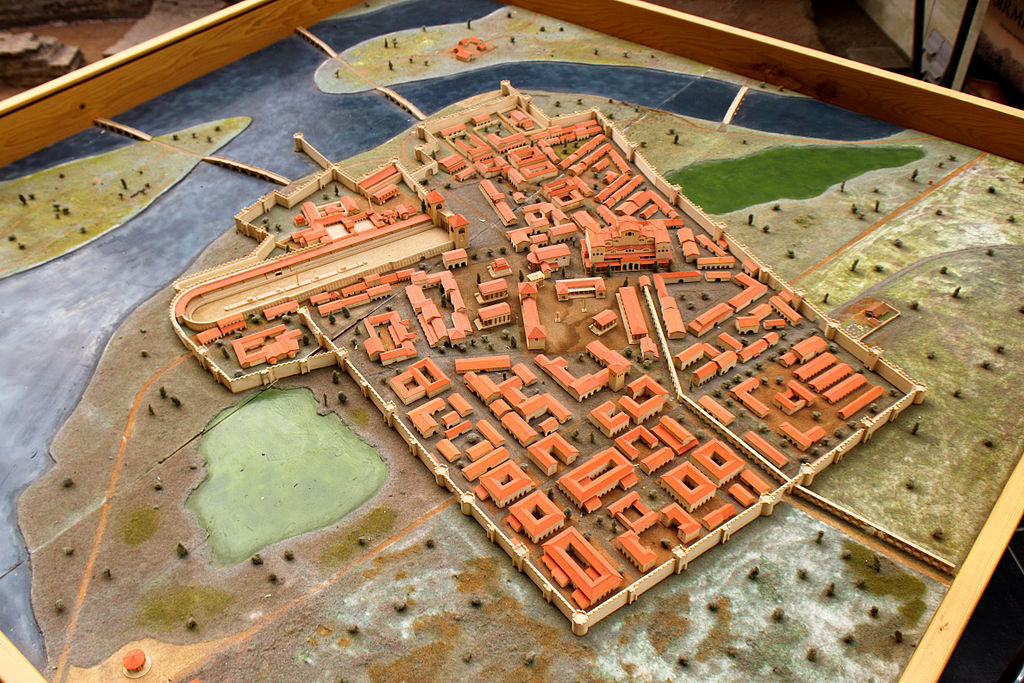 The birthplace of Roman emperors and "the mother of all cities"

Because of everything listed above, Sirmium acted as a temporary residence for Roman emperors, seven of which - or ten, according to certain experts - were born in Sirmium or its surroundings. The first emperor born there was Trajan Decius who was remembered in history as the first Illyrian crowned as Roman emperor, which set a precedent for crowning Emperors who weren't Italian by origin. Emperors born in Mitrovica included Aurelian, Prob, Maximilian, Herculian, Hostilian, Constatius II and Gracian.

A city in which they were born was impressive indeed. It is believed that during the height of its development it had over 100,000 residents. In one writ left by the Roman historian Ammianus Marcellinus it is stated that Sirmium is the "glorious and populous mother of cities".

The city's general borders are only somewhat known after archeological examinations which began in the middle of the 20th century. During the Romans' rule, the swamplands were drained and replaced with proper streets full of single-story buildings, though there were also high-rise buildings as well, protected from invaders with high ramparts and trenches. Remains of luxurious Roman mansions were found, decorated in frescos and mosaics. There were also discoveries of entire trading and craftsmanship domains, necropolises, horeum granaries and more. Another significant find was the discovery of public bathrooms known as baths of Licinius which, in addition to their role in hygiene, had an important social role in Rome as a place of gathering, socialization and negotiations. It's important to note that during the Roman rule Sirmium had a public aqueduct supplied by water from a spring in Fruska gora mountain which was then transported by viaduct to the city.

Still, all of this remains in the shadow of the magnificent Imperial Palace. The monumental complex was constructed around the end of the 3rd or start of the 4th century alongside the Sava river and secured via a special rampart. In addition to the government district where the emperors resided and worked, there was also a living area for the Emperor and their entourage which has been fully excavated to date and is available to the public.

In the 2500m2 large area presented to the public there is over 250m2 covered in mosaic while on the walls there are remains of frescos and ornaments which were shaped by the most popular artists of their time. Also contributing to the luxury were the furniture and other household items brought in from every corner of the empire. They also found remains of heating systems which prove that the palace had a hot air heating system allowing the residents to live comfortably during the long flatland winters. Further inside the palace there was also an amphitheater where the Emperor addressed his subjects. This makes this palace additionally significant because so far this has been the only amphitheater discovered in Serbia to date.

We have an archeological treat for the end of our stroll through ancient Sirmium. Namely, underneath the very center of modern Sremska Mitrovica, there is a Roman horse racing track, which is the only known - through unexplored - Roman racing track of this type in the world.

The final days of Marcus Aurelius

There is a historical controversy that's drawn attention from historians and ancient Rome enthusiasts for years. Namely, the exact place where the Roman emperor and philosopher Marcus Aurelius passed away. Though the official place of his death is listed as Vindobona (today's Vienna), newer research show evidence that Marcus Aurelius spent his final days precisely here, in Sirmium. It was where he was staying while preparing a conquest against the Germans, where he fell ill from the plague and eventually died from it in year 180, in his imperial palace. He was then cremated and his ashes transported to Rome.