Home » Magazine » All the capital cities of Serbia 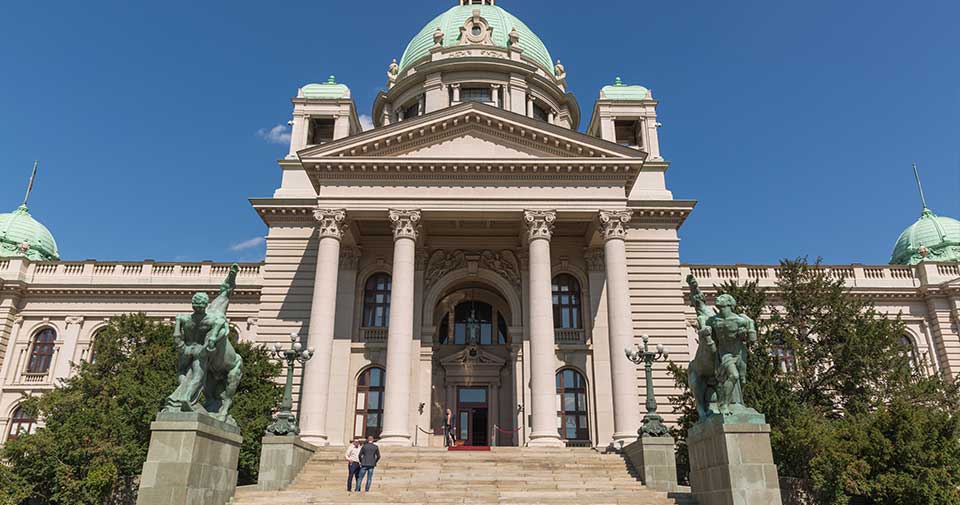 All the capital cities of Serbia

How many capital cities has Serbia had? What answer would you give to this question - more or fewer than 10?

Do you maybe know the name of the first Serbian capital and where it was located?

Serbian history was filled with tumulus events and the winds of time have tossed the capital city title from one place to another many times over many centuries.

The first capital city of Serbia ever recorded was Destinik, or Dostinik - a city in Raska atop the Klik hill, somewhere between Prijepolje and Sjenica. This place served as the country's capital during the first half of the 10th century when the Archons were in power - emperors from Constantinople.

Dostinik is mentioned as the Serbian capital for the first time in the "On managing an empire" writ composed by Contstantine Porphyrogennetos, the Byzantine emperor.

In fact, Dostinik is considered the oldest Serbian city in history and was discovered in the 80's. Today, this city which once stood proudly on its own, around two centuries prior to the Nemanjici dynasty age, is no longer interesting to researchers and is still waiting, jealously guarding its secrets.

What is known is that Dostinik started off as a Roman military compound which was abandoned in the 10th century after the Bulgarian invasion.

Over the course of the following two centuries, the capital of Serbia was moved to the coast of the Adriatic Sea. At first the capital city was Kotor, then Ston in Pljesec, only for it to eventually move to Skadar.

After the rising of the Nemanjici dynasty, the Serbian capital moves to Ras, which used to be the east border of Dostinik. Still, the great duke Stefan Nemanja ruled from Nis as well for a time, using it as the capital (1183 - 1191) where he met with Fredrich Barbarossa during the Third Crusade. 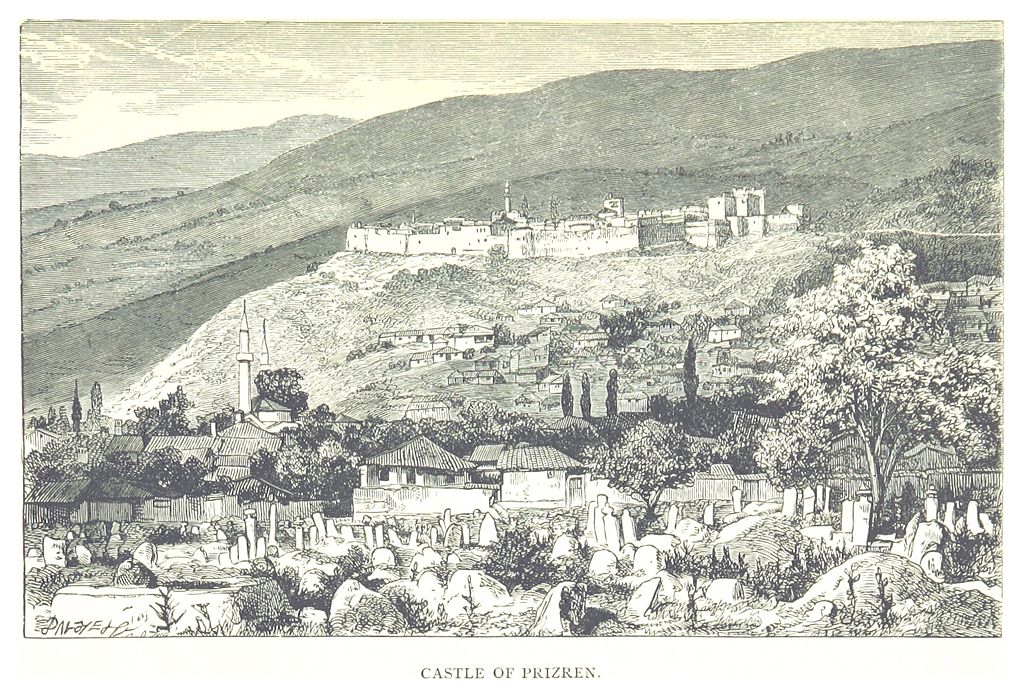 Even though Ras was the capital at the time, we don't know what its exact position was. What is known is that it was located near today's Novi Pazar and that it was burned down to the ground in 1242 in a Tartar invasion.

In following years, the Raska state is expanding towards south-east. Under these circumstances the capital is frequently shifted and usually meant that the ruler happened to be staying at that city during his conquests. That's how the title of Serbian capital was briefly held by Nerodimlje, Pauna, Svrcin, Stimlje, but also Prizren and Skoplje.

Under the rule of king Dragutin, Belgrade became the capital city between 1284 and 1316. Still, it's important to note that Dragutin's kingdom was known as Srem kingdom, while the term Kingdom of Serbia was connected to his brother Milutin who chose Skoplje for his capital.

In this city Dusan Silni was crowned the king of Serbs and Greeks in 1346, while in 1349 he issued his writ of laws.

Dusan also used Prizren as his capital which was also called the imperial capital and in epic poetry was often called the 'Serbian Constantinople' but also Ser where the imperial castle is located and where Dusan extended his legal writ in 1354.

History continues to note that after that Prilep was the capital for kings Vukasin and Marko Mrnjavcevic between the years 1366 and 1395 and after Lazar Hrebeljanovic came to power, the capital is moved to Krusevac. This city was chosen thanks to its strategic location and king Lazar called it 'in Krusevac, the famed city of lordship'. 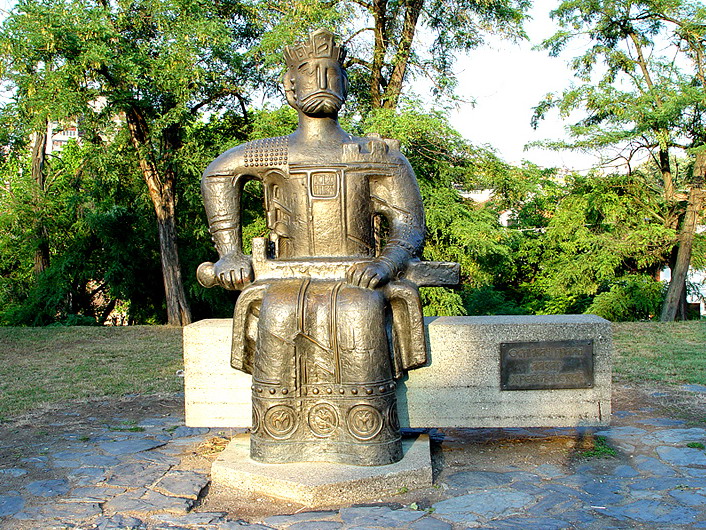 In those times Krusevac was a powerful trade center and both traders and politicians walked its streets. However, in 1405 when the Turks breached through Serbia, despot Stefan, son of Lazar, was forced to move the capital to Belgrade which he reconstructed three years prior.

Under despot Stefan Lazarevic, Belgrade grew in territory, economy and culture rapidly, while increasing its population as well.

The final Serbian capital before the Turks conquered the country was Smederevo. The city was constructed between 1428 and 1430 by despot Djuradj Brankovic who moved there after Stefan Lazarevic's death, when Belgrade fell to the Hungarians. The location was chosen because it was remote from the Turks, surrounded by Danube and Jezava rivers on two sides while a mote was dug on the third. 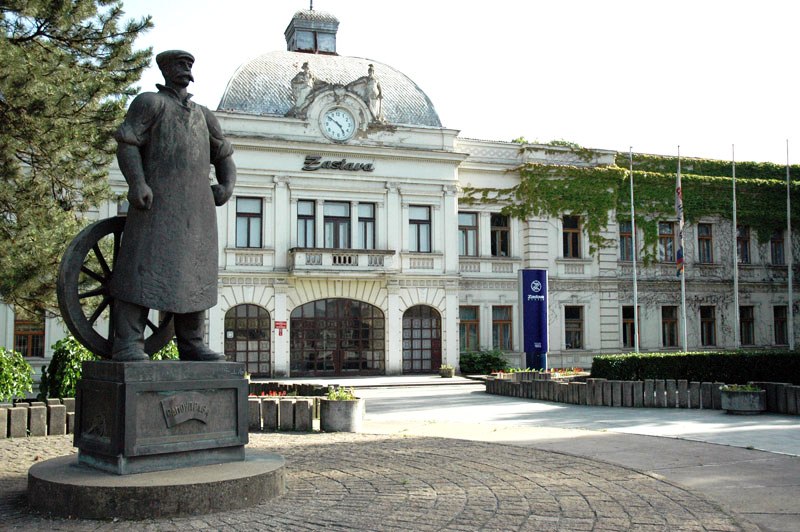 Since the start of the First Serbian uprising the capital city was Topola, a city founded by Karadjordje Petrovic around 1781. Kucuk-Alija burned down Karadjordje's residence in 1804, so the duke built a new one in the following year and fortified the city with palisades, towers and walls.

That's how Topola became a city where politicians and officials came to negotiate and where plans were made for the future of the country and its political life.

Between the two uprising, prince Milos used Crnuca near Gornji Milanovac as his seat and after the Second Serbian uprising between 1818 and 1841 Kragujevac became the first capital of the Dukedom of Serbia. It was there that the first high school in the country, Licej, was founded on the first "Novina serbska".

Afterwards, in 1841, duke Mihajlo Obrenovic moves the capital to Belgrade after the city was liberated from Turkish rule. Around 1900, Belgrade had only around 69.100 residents. Thanks to the influx of European influences and urban development, this number grew to 100.000 residents up to the start of WWI.

However, the government administration moves to Nis in 1914, after the occupation of Belgrade, and then during their retreat through Albania Corfu acted as the Serbian capital between 1916 and 1917.

After the creation of SHS Kingdom up until today, Belgrade has been the only Serbian capital ever since.