Works on Sundays
In business since: 1997.

Dance club "La Luna" was founded and registered 20.01. 1997 in Jagodina, with headquarters at 1/1 Lola Ribar street, although the dance school named "La Luna" has existed since 1994 and has worked at the National University of Jagodina.

Since 1989, the dance school worked first in the Teacher Training College with adults, and since 1991 and with children from primary schools, and the choreography was Nebojsa Slavković. 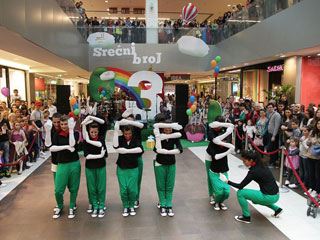